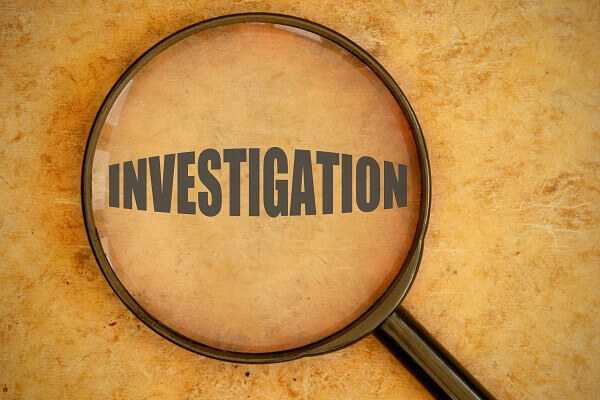 What Kind Of Investigations Can We Expect As A Result Of The Coronavirus?

Anytime the government pays out billions of dollars in cash as a bailout, you can expect significant criminal investigations for many years thereafter focused on the fraudulent use and receipt of those funds. A recent example is the TARP Program – the $700 billion bailout of the financial industry and troubled homeowners after the market crash in 2007-2008. As a result of that bailout, the Department of the Treasury, by and through a Special Inspector General, was assigned federal agents to conduct criminal investigations and sent hundreds of bankers and homeowners to federal prison for the misuse of those funds. The current crises dwarfs the TARP Program with more than $1.8 trillion already authorized for disbursement under the CARES Act, including the expansion of unemployment benefits, direct payments to citizens, and more than $500 billion for corporations. Funds going to small businesses through the Paycheck Protection Program, administered through the Small Business Administration, are going to attract significant attention of federal investigators. This is particularly so because those funds were disbursed by SBA lenders prior to the issuance of clear guidance and definitions, which was confusing and changed over the course of several weeks. Small businesses, particularly if they received more than $2 million through the PPP, can expect to see a significant number of federal investigations and are wisely advised to consult with counsel to carefully review the propriety of the receipt and disbursement of those funds.

What Are The Most Recent Trends In Government Investigations?

After the 2001 terrorist attacks in the United States, the Federal Bureau of Investigation (FBI) shifted most of its assets to terrorism cases. Recently, the FBI has begun to allocate more resources to traditional criminal activity, particularly public corruption and corporate fraud and misappropriation of assets. Other regulatory and investigative authorities have also stepped up enforcement activities. The Securities and Exchange Commission (SEC) has increased its technological capabilities and is now more aggressively pursuing corporations for fraudulent financial reporting and individuals suspected of insider trading. The Consumer Financial Protection Bureau (CFPB), created in the wake of the 2007/2008 market crash has traditionally focused on cases against financial institutions and will now, due to the Corona virus, once again revisit mortgage relief programs offered by financial institutions, as well as consumer fraud. Federal banking regulators, including the OCC, NCUA and the FDIC, are currently grappling with the legalized marijuana industry and the fact that hundreds of banks and credit unions are now openly banking marijuana – presumably a money laundering violation.

Healthcare fraud investigations involving any of the federally funded benefit programs to include Medicare, Medicaid and Tricare continue to be at the top of the list priority-wise for the government. Healthcare fraud continues to be one of the biggest monetary theft schemes in the country. In 2019 alone, the federal government recouped over $2.6 billion in illegal gains from various healthcare fraud schemes.

Sexual harassment and hostile workplace litigation remain hot topics and the cause of significant changes in the compliance environment of most large companies. Sometimes these changes only increase the chance of complaints and litigation. Sexual harassment litigation has become a national topic due to celebrity backed social movements and a result of such movements, more individuals are feeling comfortable to speak up regarding alleged harassment and misconduct.

What Can We Expect Regarding Investigations Dealing With Emerging Technologies?

Although there have been significant recent privacy violations, including data breaches, by large corporations (and even some government agencies), courts have not significantly recognized plaintiff’s non-pecuniary losses. Notwithstanding such decisions, government agencies (including the FTC and CFPB) have demonstrated a commitment to pursue corporations responsible for the privacy violations for substantial financial penalties. Anytime there is a new trend in technology, whether it be a tech startup firm introducing a new “app” or a corporation rebuilding its internal software, data privacy is always a concern. New technologies utilizing consumer data and information can draw scrutiny from enforcement agencies for their abilities, or lack thereof to conform to state and federal privacy laws.

What Is Going On With These “Fake News” Investigations?

The concept of “fake news” first became a journalistic buzzword in 2017 and has been a hot topic ever since. Even President Donald Trump has been a harsh critic of fake news outlets. With the ongoing coronavirus crisis, the country has seen a surge of fake news stories and even more dangerous, fake news surrounding cures for the coronavirus. While most fake news stories often get swept under the rug because they don’t deal with important issues, the coronavirus fake news has spurred a wealth of criminal investigations. Individuals claiming to have treatments or cures for the virus (without any scientific or medical background) face potential fines and prison time for their purposeful dissemination of false information.