What Do Pharmacy Owners and Prescribers Need to Know about DEA Drug Diversion Investigations? 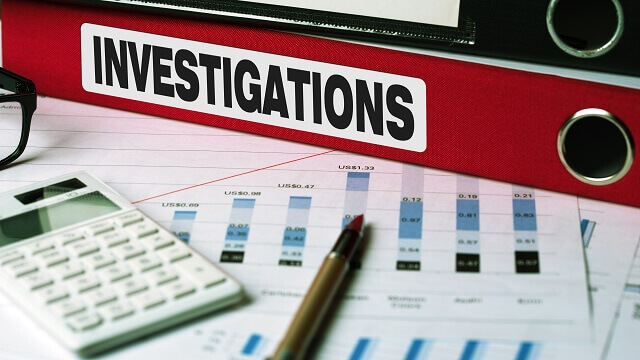 Combatting the illicit diversion of prescription medications has long been a top priority of the U.S. Drug Enforcement Administration (DEA), among other federal agencies. In order to fight the problem at its source (or one of its sources), the DEA targets pharmacies and other providers suspected of facilitating diversion in invasive and high-stakes investigations.

Q: Is there is a heavy focus on codeine?

Mr. Bach: Yes, due to the fact that codeine is the most-abused prescription controlled substance. Codeine is found in prescribed cough syrups such as Promethazine with Codeine, and these types of medicines are both easily diverted and easily abused.

Q: What are “cocktail” drugs?

Mr. Bach: In Texas, the “Houston cocktail” as it’s known, is a combination of hydrocodone 10/325 taken with Alprazolam 2mg (Xanax-for anxiety) and Carisoprodol 350mg (Soma-muscle relaxer). It gives the user a heroin-type high. These cocktail drugs are prime candidates for diversion as well, and this means that they are also high on the DEA’s radar.

Q: What about oxycodone?

Mr. Bach: Oxycodone is another highly-addictive substance often prescribed in 30mg doses. Due to its addictiveness, oxycodone is a common target in DEA diversion investigations.

Q: What role do pharmacists play in preventing diversion of prescription medications?

Mr. Bach: The pharmacist’s role is extremely important, as the failure to ensure that a prescription is valid can lead to the unauthorized distribution, or diversion, of controlled substances. Due to pharmacists’ central role in both facilitating and preventing diversion, the DEA sets high expectations for pharmacy compliance.

Q: Are electronic prescriptions always secure (and therefore not a concern when it comes to diversion prevention)?

Mr. Bach: No. An office worker can easily obtain a doctor’s assigned E-Scrip number and then use it to issue false prescriptions.

Q: What else does DEA look for when investigating pharmacies in connection with possible allegations of drug diversion?

Mr. Bach: Pill mills, as they are known, will have very few over-the-counter products on their shelves. Clusters of customers who arrive staggered with one another but seem to know each other will also be viewed as potentially indicative of a pharmacy facilitating a drug diversion scheme, as will multiple out-of-state license plates (particularly from the same state) in the pharmacy’s parking lot. These are just a few of numerous types of circumstantial evidence that the DEA may consider in deciding whether a pharmacy appears to be engaged in illegal drug diversion.

Q: Can you give an example of a recent DEA investigation of a pharmacy involving allegations of drug diversion?

Mr. Bach: In one recent case, the DEA audited an independent pharmacy and determined that the pharmacy failed to maintain complete and accurate records regarding Hydrocodone/APAP10/325mg, Oxycodone 30mg and Alprazolam 2mg. Of course, given the known potentially-fatal and often inappropriately0prescribed combination of these controlled substances, there were suspicions of possible diversion through the pharmacy.

Title 21 of the United States Code (which is known as the Controlled Substances Act), Section 827(a)(3) and Title 21 of the Code of Federal Regulation (which, in part, controls DEA Registrants) Section 1304.21(a) require every DEA registrant to maintain complete and accurate records of all controlled substances that are “manufactured, imported, received, sold, delivered, exported, or otherwise disposed of” through the registrant. As it relates to pharmacies, this record-keeping regulation is important for purposes of identifying either miscounting or improper packaging of prescriptions filled for patients or theft of controlled substances internally or by outside parties.

Q: Can you provide an example of a recent criminal case involving prescription drug diversion and healthcare fraud?

Ms. DeLena: In May of this year, multiple individuals who were charged in a large-scale conspiracy pled guilty to perpetrating a prescription drug billing scheme in which a pharmacy owned by some of the defendants billed for medically-unnecessary prescription drugs. The pharmacy paid prescribers to write prescriptions for without proof of medical necessity. The pharmacy’s owners, pharmacy employees, and medical practitioners were all charged with healthcare fraud and conspiracy to pay kickbacks for their involvement in the scheme. This type of case is not unique and the DEA routinely investigates similar types of cases throughout the country.

Q: Given the decrease in opioid overdose deaths, are there still as many investigations into opioid manufacturers and distributors?

Ms. DeLena: Yes. As recent as June 2020, the United States entered into a settlement agreement with Omnicare Inc., a subsidiary of CVS Health, for Omnicare’s failure to prevent opioids and other controlled substances from being distributed without a valid prescription. Omnicare is a “closed-door” pharmacy, servicing clients such as nursing homes and long-term care facilities. Omnicare paid $15.3 million to the United States as a civil penalty.

Q: With fentanyl being illicitly manufactured outside the United States, how does this impact DEA diversion investigations?

Ms. DeLena: Despite illicitly-manufactured fentanyl coming from outside of the United States, the DEA is still able to fully investigate cases of involving this dangerous drug. Addicts and drug traffickers are seeking other controlled substances to take (or sell) with the fentanyl to make a “cocktail” of an opioid and benzodiazepine (such as Xanax, Valium, Ativan, or Klonopin) or carisoprodol (muscle relaxers) and stimulants (such as Adderall or Ritalin). Investigations targeting DEA registrants are focusing on the diversion of these “cocktail” drugs for use in combination with fentanyl.

Q: Do pharmacies and other providers need to be cautious about accepting cash payments for prescription drugs?

Q: What are some other “red flags” that might raise questions during an investigation of a DEA registrant?

Ms. DeLena: A medical practice that does not have sinks to wash hands in medical examination rooms, that is missing basic medical equipment (i.e. scales, stethoscopes, tables, or sterilization materials), or that has equipment that is not working properly will be at risk during a DEA investigation. Not accepting insurance, having an unusually large number of people waiting for appointments, serving patients from out of state, and booking appointments in 5 to 10-minute increments are “red flags” as well.

Doctors frequently prescribing the same types of medicines in the same dosage levels and quantities can also be problematic. Generally speaking, there are a number of factors that, considered in isolation, might not suggest criminal conduct, but when pieced together can built a strong case for criminal culpability.

Regarding Other Federal Agencies’ Efforts to Combat Prescription Drug Diversion:

Q: How are the Centers for Medicare and Medicaid Services (CMS) supporting the federal government’s efforts to combat opioid addiction and prevent medical providers from inappropriately prescribing opioids to their patients?

Ms. DeLena: CMS has established the Medicare Part D Overutilization Monitoring System (OMS) to monitor the implementation of drug utilization management efforts designed to prevent the over-prescription of commonly-diverted medications. The information gathered from this database is frequently utilized in determining the direction of criminal diversion investigations.

Q: What are other federal agencies doing to investigate criminal acts by medical practitioners?

Regarding Drug Diversion Compliance for Pharmacies:

Q: What do the DEA and other federal authorities expect pharmacies to do in order to ensure prescriptions are legitimate?

Ms. DeLena: Pharmacists are bound by the requirements of their DEA registrations and state licenses, and they have a corresponding obligation to ensure that the prescriptions with which they are presented are legitimate. As a result, pharmacies need to check each prescription as it comes in for accuracy, and they must contact the prescribing doctor to confirm the legitimacy of a prescription. While pharmacists are not expected to know how diagnostic decisions are made, they do know the drugs that are prescribed, and they should know when prescriptions presented appear to be suspect.

Pharmacists must also report the prescriptions they fill in their respective state-run Prescription Drug Monitoring Programs (PDMP). Currently, 49 states, the District of Columbia, and Puerto Rico have PDMPs, and most states’ systems allow for the sharing of information across state lines. In the event a pharmacist sees that a patient has filled a similar prescription issued by another doctor within a narrow window of time, the pharmacist has an obligation to act and should decline to fill the prescription, contact the issuing prescriber, and/or report the matter to DEA. More information is available in the “Statement of Robert W. Patterson, Acting Administrator Drug Enforcement Administration Before the Subcommittee on Oversight and Investigations Committee on Energy and Commerce U.S. House of Representatives, for a Hearing Entitled ‘The Drug Enforcement Administration’s Role in Combating the Opioid Epidemic,'” available from the DEA.

Q: What else should pharmacies do to validate prescriptions?

Mr. Bach: There are several steps that pharmacists should take in order to validate prescriptions prior to dispensing medications. This is true in general, but it is especially important with respect to opioids, “cocktail” drugs, and other drugs that are frequently diverted. Additional steps pharmacists should take to validate prescriptions include:

Q: What is the SUPPORT (Substance Use-Disorder Prevention that Promotes Opioid Recover and Treatment) for Patients and Communities Act (the “Act”), and how does it affect law enforcement investigations targeting prescription drug diversion?

More information is available in the “Statement of Thomas W. Prevoznik Deputy Assistant Administrator Diversion Control Division Drug Enforcement Administration U.S. Department of Justice Before the Subcommittee on Health House Committee on Energy and Commerce U.S. House of Representatives At a Hearing Entitled ‘Combatting an Epidemic: Legislation to Help Patients with Substance Use Disorders'” given on March 3, 2020, available from the DEA.

Do you have more-specific questions about DEA compliance or the risks of facing a DEA investigation? If so, we encourage you to get in touch. To speak with Mr. Bach or any of our other former federal agents in confidence, call us at 888-680-1745 to arrange a free and confidential consultation today.