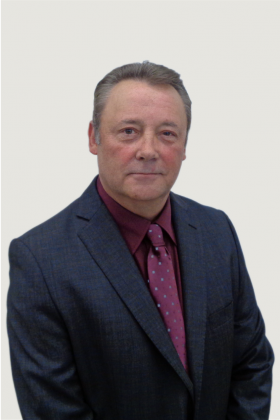 Education and Prior Positions

Mr. Bach is a TCOLE Certified Peace Officer.  He obtained his master’s degree in Public Administration.  Before joining the U.S. Department of Justice, he was a Criminal Investigative Division Detective and Sergeant in the state of Florida.

Some prominent roles that Mr. Bach has filled include the following:

Experience as A Special Agent with the OIG

Mr. Bach worked as a Special Agent for the Office of Inspector General conducting numerous federal criminal investigations in the United States.  Collaborating with other federal agencies, Mr. Bach investigated public corruption, bribery, money laundering, federal fraud and abuse, false statements, federal theft, and federal program fraud.  In addition to testifying before grand juries and at trials across the nation, Mr. Bach had Top-Secret Clearance, which allowed him to have access to national security matters such as counterterrorism, counterintelligence, and classified sensitive data.

Experience with Attorney General in the Medicaid Fraud Control Unit

Mr. Bach has an extensive level of experience handling healthcare fraud investigations and conducting criminal healthcare fraud cases involving the Medicaid program.  He was a part of ongoing investigations dealing with various medical professionals such as dentists, physicians, psychiatrists, psychologists, and therapists for a variety of charges.  Examples of such charges that Mr. Bach investigated were those for billing fraud, medically unnecessary procedures and services, fraudulent claims submissions, and other forms of Medicaid Fraud.  His experience provides a valuable tool for his clients today who are under audit or who are a part of an investigation.

Experience with the Department of Justice in New York

Mr. Bach worked with Top-Secret Clearance in the U.S. Attorney’s Office for the Southern and Eastern Districts of New York, Department of Justice.  Mr. Bach worked primarily as a Special Agent, then as a Supervisory Special Agent, and lastly as the Executive Assistant for the Special Agent-in-Charge.  He has handled complex crime investigations involving wire fraud, money laundering, money tracing, drug trafficking, and large federal conspiracy cases.  Mr. Bach was also appointed as head of the Long Island, New York DEA Task Force where he was tasked with serving as a liaison for the U.S. Attorney’s Offices in Manhattan and Brooklyn and as the managing supervisor for classified domestic and international Title III operations.